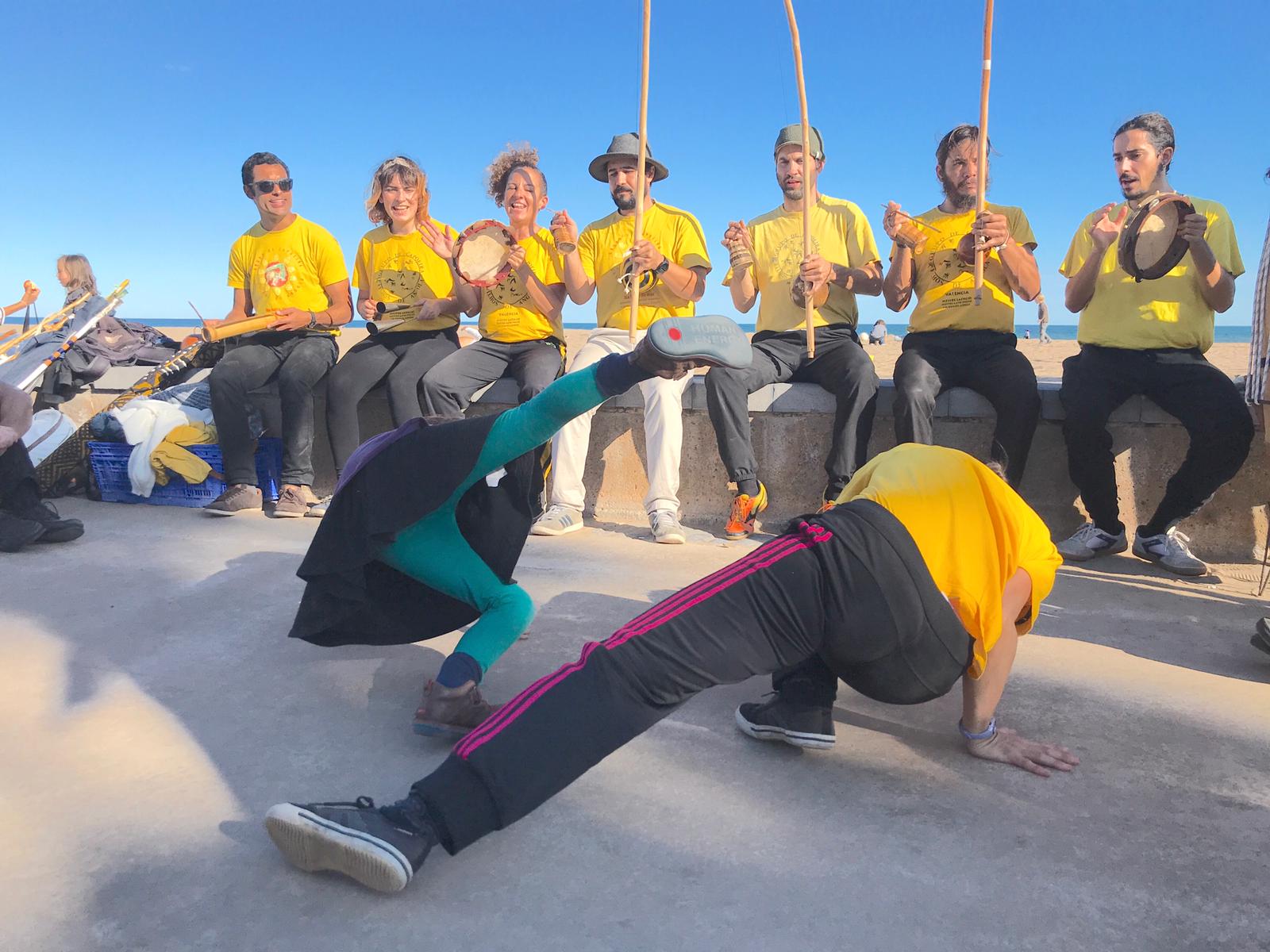 Known as the mother of all styles of capoeira, the Capoeira Angola is distinguished by aiming to preserve the integrity of this art form through practice. In that sense, the practice of Capoeira Angola involves learning the movements, songs and the rhythm patterns on percussion. It also involves intercultural understanding.

We are part of the GCFA, founded in Salvador de Bahia in 1984 by Master Laércio and Master Roberval. In Valencia, the training sessions are conducted by Master Daniel Arroz with the collaboration of Master Gato Preto (GCFA Salvador) and Raimon (trainer), under the guidance of Master Laércio. We are a cultural association which, through free association, perform community activities such as presentations of capoeira, workshops for children and demonstration of instruments.

The “roda” of Capoeira Angola

The “roda” (circle) is the materialization of the Capoeira Angola. It consists of a circle formed by the players and a percussion session with eight instruments. Everybody sings and plays instruments, while two players perform within the circle.

Structure of the classes

The instruction in Capoeira Angola is received following an oral tradition, the knowledge being transmitted orally from teacher to pupil. Therefore, the structure of a class is very flexible, that is, the teacher might focus on different abilities in accordance with the specific objectives to be achieved. 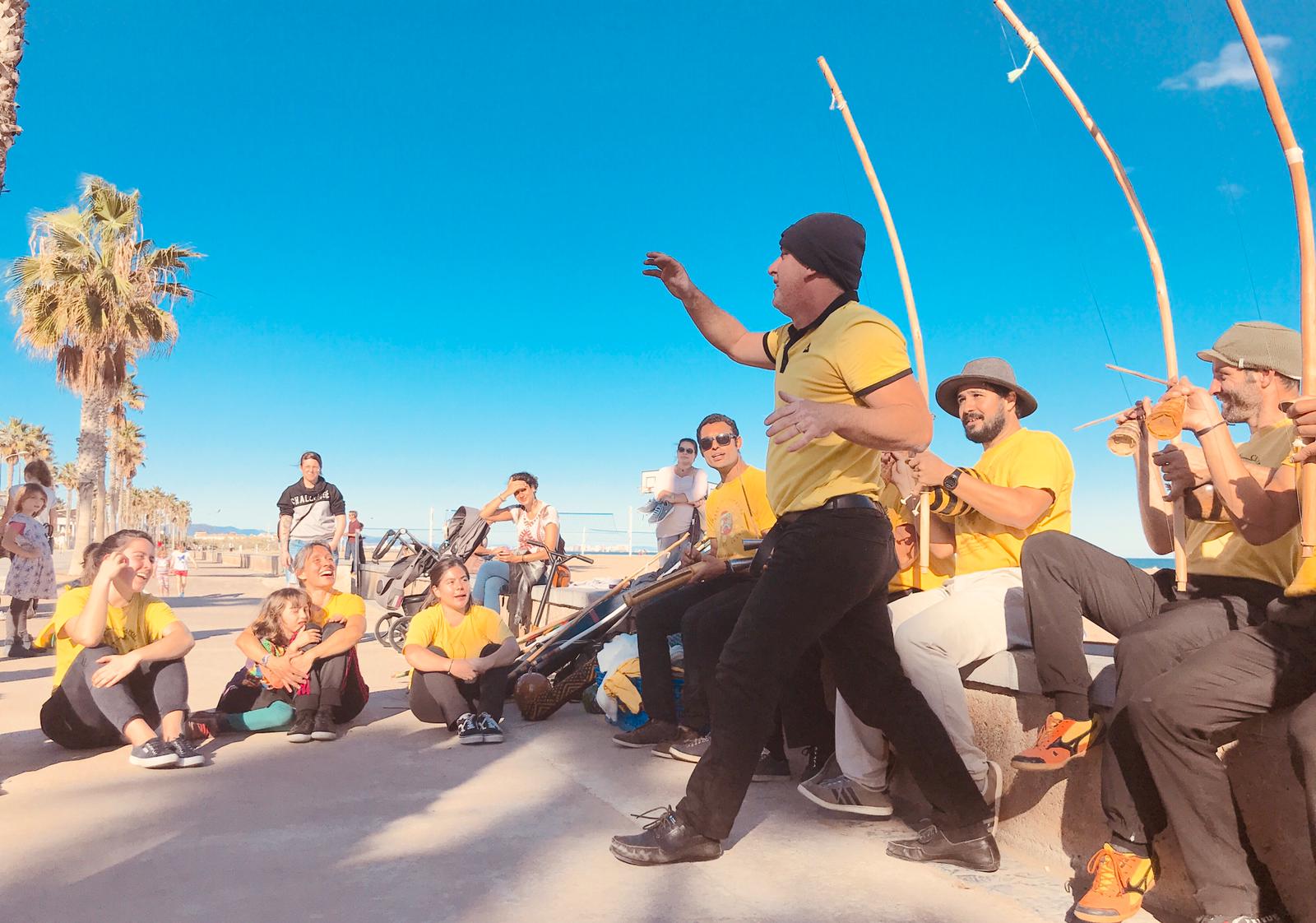 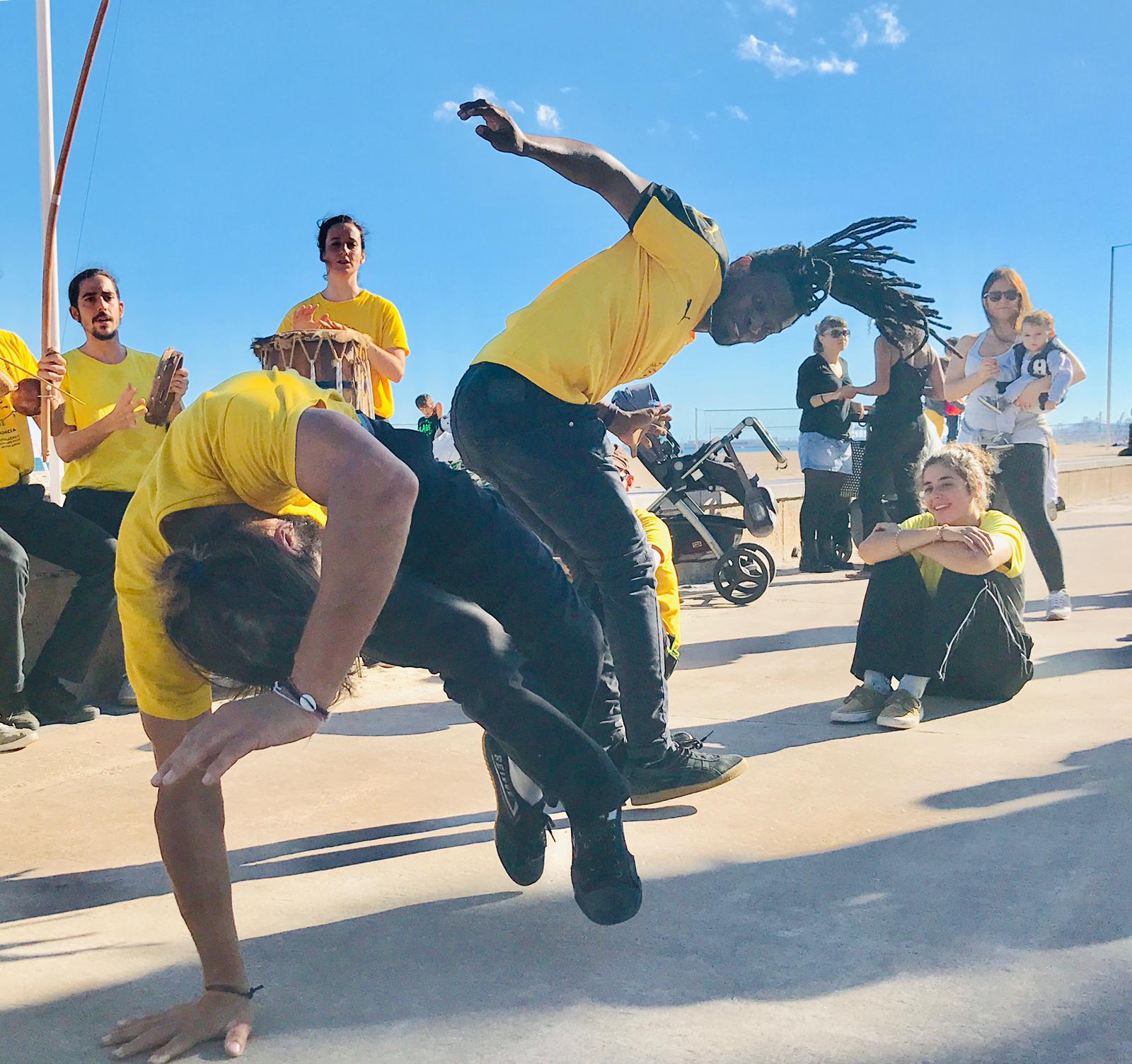 Warm-ups: the class begins with a warm-up of movements and body expression, sometimes following the rhythm of samba.
Moves: the work on the Capoeira Angola moves is carried out as if the moves were a language, each one of them corresponding to a word. The sequences of moves allow the players to create lines for a dialogue between them. The moves are performed individually, in pairs and in groups.

Stretching: specific stretching exercises are given to optimize the execution of moves, sometimes using the same design of these moves.
Game: the players participate in training games, which are not the “roda de capoeira” itself, but a kind of conversation where they prepare for the “roda”.

Classes of rhythm: the players learn to play the instruments that make up the “bateria” (percussion session) and to sing capoeira songs. These are the most important elements, in a sociocultural level, because every pattern and every song has a meaning within the practice of Capoeira Angola.

Rhythm classes and the “roda”: the “roda” is the materialization of capoeira, it has a very important sociocultural meaning. It is not seen as a normal class and the participation in it is essential for those who train in the group.